It is an understatement to say that when Bijan Mirabi learned he had won the 2022 Dean’s Doctoral Excellence Scholarship, he was surprised.

“I was shocked,” says Mirabi, a PhD student in the Faculty of Arts & Science’s Department of Chemistry. “I’d applied a couple of times before and never made it past the beginning stages. So, I stared at the email for ten minutes and thought, ‘Wow, this can't be real.’ It was unbelievable.”

The scholarship and three runner-up awards recognize the academic excellence of graduate students within the Faculty. Criteria for the scholarship includes the originality, significance and impact of the winners’ research; the quality of publications; and the students’ contributions outside their research.

For the past four years, Mirabi has been a member of Mark Lautens lab.

“In the Lautens group, our research is focused on catalysis,” explains Mirabi, “the process of accelerating a chemical reaction.

“Everything around us involves some type of chemical reaction, whether natural or synthetic, and every chemical reaction requires energy,” he says. “But a lot of reactions don't just happen on their own spontaneously. You have to give them a kickstart to get them going. And by understanding catalysis, you can start these reactions with a little less of a kick.”

According to Mirabi, the applications of catalysis science are limitless. It’s critical to the manufacture of materials, polymers and more. For example, the Haber-Bosch process for converting atmospheric nitrogen into ammonia for the manufacture of fertilizer involves a catalyst. And without fertilizer, he explains, we wouldn’t be able to sustain the earth’s population because there’s not enough natural ammonia to produce the fertilizer we need.

Half of Bijan’s time as a graduate student has taken place during the pandemic. Yet, he flourished despite the many obstacles he and those around him faced. He maintained a positive and cheerful disposition when dealing with the setbacks and constantly changing expectations and remained incredibly productive in the lab. It is one thing to stay focused, another to do so with a smile that keeps everyone else feeling a little better.

It was no surprise to Lautens, a University Professor of biological and organic chemistry in the Department of Chemistry, that Mirabi received the honour.

"Half of Bijan’s time as a graduate student has taken place during the pandemic,” he says. “Yet, he flourished despite the many obstacles he and those around him faced. He maintained a positive and cheerful disposition when dealing with the setbacks and constantly changing expectations and remained incredibly productive in the lab. It is one thing to stay focused, another to do so with a smile that keeps everyone else feeling a little better.”

According to Lautens, Mirabi also took on many roles in the lab. He organized the group lab schedule during the period when the lab was working at half capacity, taking into account individual’s preferences and personal needs. He created supplementary tutorial videos for first-year chemistry: The Molecular Science (CHM151) students, and lab tour videos to replace traditional in-person tours of a research lab and the equipment used in research. He collaborated with many group members in a way that raised the quality of their manuscripts and publications.

The scholarship also recognizes a student’s contribution to the community and for Mirabi, this was as important as recognizing his research.

“I really like science outreach and so I hope that played a big role in being awarded the scholarship,” he says. “Outreach is something I’d like to keep doing. It’s certainly what I enjoy doing the most.”

Mirabi’s introduction to outreach came when he was an undergraduate at the University of Toronto Mississauga. A graduate student organized a trip to a high school where Mirabi and others talked to students about the University and wowed them with chemistry demonstrations.

After that start, he served as a judge at a high school science fair. He also volunteered with the annual nation-wide science festival, Science Rendezvous, which attracts tens of thousands to the St. George campus for the U of T event.

Mirabi is currently active with Pueblo Science, a charity whose mission is to advance science education and fight poverty. It was co-founded by Cynthia Goh, a professor in the Department of Chemistry.

“I started volunteering with Pueblo Science a couple of years ago,” says Mirabi. “We've done events like a hackathon. And recently I started working as a mentor in a program that pairs incoming students with either undergrads or grad students — and we talk to them about what it’s like here. We act as guides to help them transition into university.”

For all he’s achieved in his undergraduate and graduate programs, university was not at the top of Mirabi’s list of career choices.

“In high school, I’d decided I wanted to be a garbage collector,” he says. “I did my research and saw it paid well and came with job security and benefits. And as far as I'm concerned, anyone who works hard to put food on the table and a roof over their heads — that's a respectable profession. So, I was ready to do it.

“But my parents are refugees from Afghanistan,” he says. “And they explained to me that they’d worked really hard to get to Canada and give me and my siblings the opportunities they hadn’t had. And that was fair, so I thought, I’ll try university, see how it goes and if it doesn’t work out, then I can always be a garbage collector.”

So, on the last day to apply, Mirabi submitted his application and as the scholarship proves, university worked out.

Three runners-up for the scholarship were also recognized with A&S Doctoral Excellence Scholarships. They are: 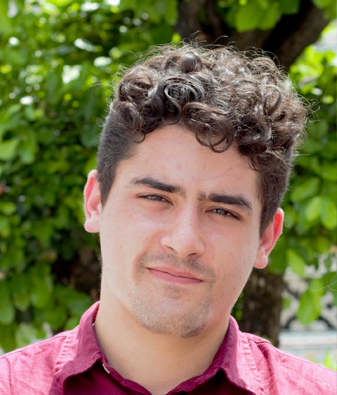 “In my dissertation research,” he says, “I’m focusing on the increasing role of financial corporations in global climate initiatives and exploring how new standards around ‘sustainable finance’ may be changing market activity and reshaping international climate politics.” 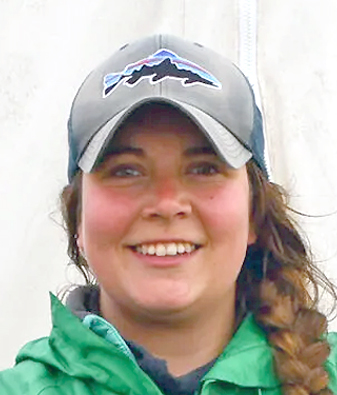 Bonnie Hamilton is a PhD candidate in the Department of Ecology & Evolutionary Biology (EEB) and a member of Chelsea Rochman’s lab. Hamilton is interested in the impact of contaminants on aquatic ecosystems. Currently, her research focuses on the movement of microplastics and additive chemicals into the central Canadian Arctic and how these contaminants impact wildlife in a warming North.

“There is a great need to understand how human activity impacts ecosystems, especially as the Arctic undergoes rapid change,” she says. “By combining field observations and controlled laboratory experiments, I aim to understand the impacts of these combined stressors and thus inform local, regional and international policy with robust and meaningful science.” 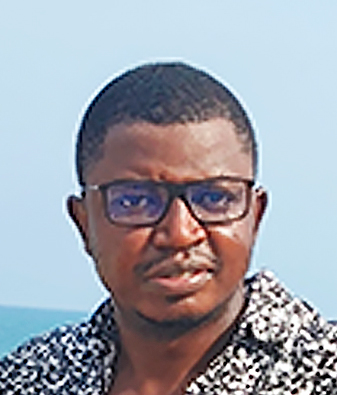 Irenius Konkor is a candidate in the Department of Geography, Geomatics and Environment at the University of Toronto Mississauga. His research interests include transport and health, HIV/AIDS among minority and vulnerable populations, and non-communicable disease in low- and middle-income countries. Previously, he examined HIV vulnerabilities among heterosexual African, Caribbean and Black men in Ontario. His current research focus is on understanding the connections between neighbourhood environments and non-communicable diseases in Ghana, Africa.

Says Konkor, “The overarching goal of this research is to inform health policy in Ghana and other low- and middle-income countries where policy on the burden of non-communicable disease is relatively nascent.”