Alumna Katie Harris is over the moon for space medicine

Alumna Katie Harris has set her sights on becoming a flight surgeon — a doctor who provides medical care for astronauts.Photo credit: All photos courtesy of Katie Harris.

When it comes to choosing a career path, students are often told to “reach for the stars.” Katie Harris is taking this advice literally.

Harris has her sights set on becoming a flight surgeon — that’s a doctor who provides medical care for astronauts before, during and after their missions.

What led Harris to become interested in such a specialized field? She’s fascinated with how the human body can perform in hostile conditions.

“I just love human performance in space,” she says.

And with the ever-evolving field of space travel, including commercial space flight programs on the horizon, there’s a good chance Harris may one day administer health care in zero gravity.

A member of Trinity College, Harris graduated from the Faculty of Arts & Science in 2018 with an honours bachelor of science, majoring in astronomy and astrophysics, and physics, with a minor in anthropology.

Immediately after graduating, she attended the International Space University in Strasbourg, France where she completed a master of science in space studies. Her courses included space humanities, space management and business, space policy and law, and space engineering. Essentially, the school enables graduates to become well-rounded space professionals.

With space travel and exploration continually advancing, “we need people in space with diverse training in addition to advanced military training,” says Harris who has since returned to Canada to attend medical school at Memorial University in Newfoundland. “There’s now a need for people with diverse, interdisciplinary backgrounds.” 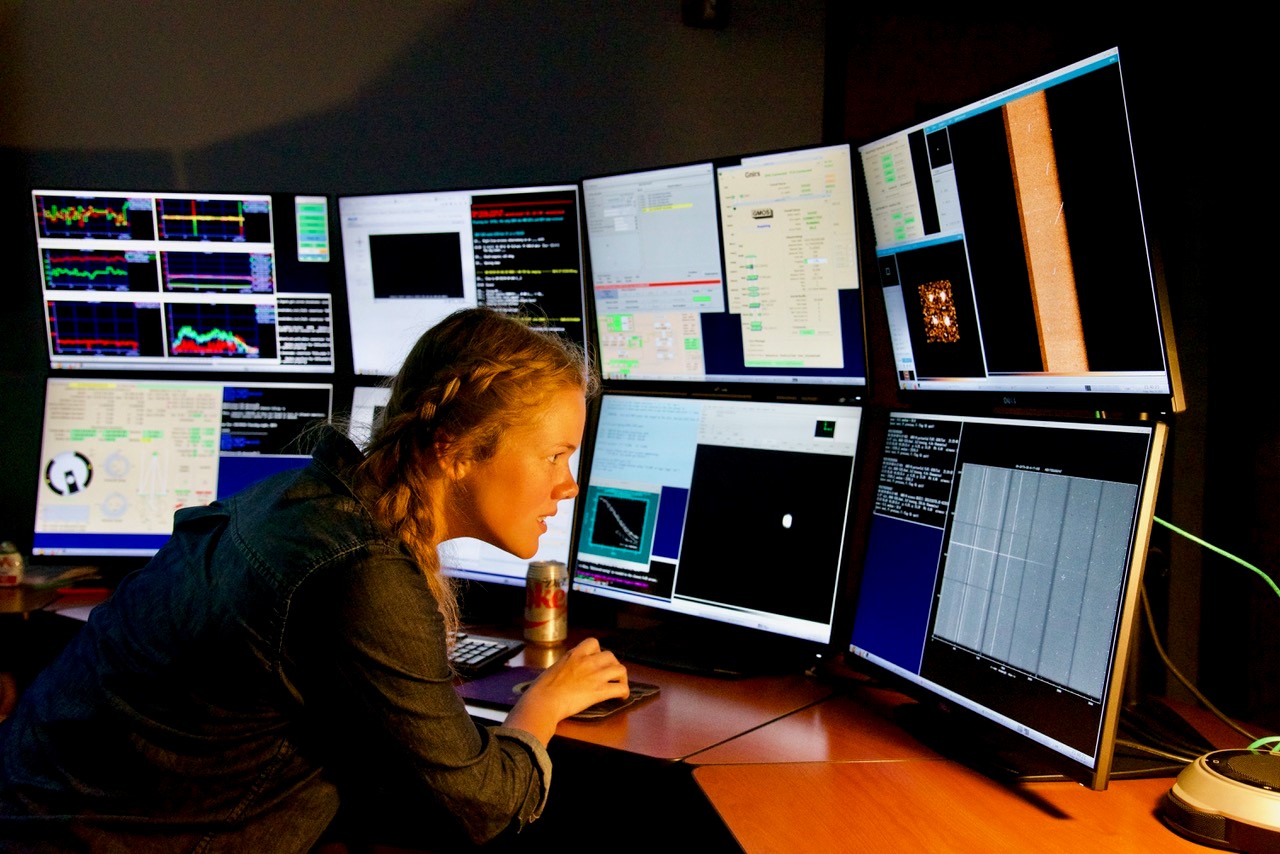 While enjoying her third university, she looks back at U of T fondly, believing her time as an undergrad set her up for success.

“I had the perfect undergrad experience,” she says. “I had a community within my degree, a community where I lived and then all this opportunity because U of T was so big.”

At Trinity College, she loved being in the company of students studying a diverse field of subjects. “In the meal halls, they would talk about theory in politics or ideas in philosophy,” she says. “It was such a nice break from my studies and it encouraged me to do a social science minor.”

In her second year, she connected with Professor Suresh Sivanandam at the Dunlap Institute for Astronomy & Astrophysics — another highlight.

“Professor Sivanandam took a chance on me,” says Harris, recalling when she approached him to become involved in his research projects with very little lab and research experience.

“He helped me become a really good researcher,” she says. “He taught me a lot of research skills, how to work in a lab, how to give a strong presentation, how to write good abstracts. He gave me all these opportunities and taught me things that I still apply day to day.”

“She had a lot of great initiative and resourcefulness,” says Sivanandam. “If there’s one phrase that I would use to describe her, it’s ‘can-do.’ She also has this side to her where she really wants to give back to the community and make positive social change, so looking at her path to space medicine, this makes sense.”

Another mentor is no stranger to space travel. Harris has benefitted from the advice of Canadian astronaut Chris Hadfield, who has been both supportive and candid about the incredible demands of space travel and exploration.

“One of the best pieces of advice he ever gave me was ‘make sure you're doing something that you love, because space can be a bit of a long shot.’ You have to love every step.”

Harris’s next step will be finishing med school in 2023 and serving the people in her home province of Newfoundland as a doctor, while keeping an eye on the cosmos.

When the day comes to care for astronauts, she hopes she can apply anything learned in orbit to benefit those back home.

“You can gain a lot of insight through space medicine for medicine on the ground,” she says, believing space medicine models can be applied to telemedicine to better serve Canada’s rural populations.

She’s not quite sure how to become a flight surgeon just yet, as the future of space travel and space medicine is difficult to predict. But she’s confident she’ll get there. Recently connecting with Canada’s lone flight surgeon, Raffi Kuyumjian, who works with the Canadian Space Agency has definitely helped.

“But this is a pathway that I’m still figuring out day by day,” says Harris, predicting that she will likely have to put in a decade of being a doctor here on Earth before she can focus on keeping astronauts healthy in space.

“That was something I also learned in undergrad: don’t plan for right now because right now is not going to stay this way for long. Use your broadest imagination and plan for that.”