Five A&S researchers and scholars have been named Fellows of the Royal Society of Canada.

For their achievements in disciplines reflecting the depth and diversity of the Faculty of Arts & Science, five researchers and scholars have been named Fellows of the Royal Society of Canada (RSC).

The Royal Society bestows this honour on Canadians “who have made remarkable contributions in the arts, the humanities and the sciences, as well as in Canadian public life.”

“This year’s cohort of Fellows joins a distinguished group of Arts & Science professors who have been honoured by the Royal Society in previous years,” says Melanie Woodin, dean of the Faculty. “They are just as deserving of this distinction for the excellence of their research and its impact around the world. They are a big part of the reason U of T remains a leading research institution and I am proud to congratulate them all.”

Miriam L. Diamond, Earth Sciences and School of the Environment 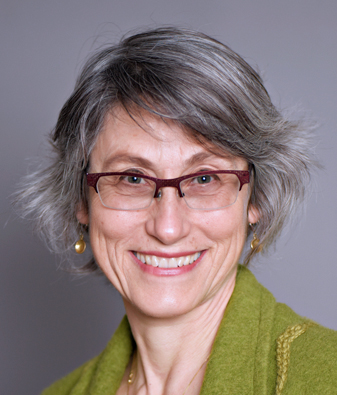 Miriam L. Diamond, a professor cross-appointed between the Department of Earth Sciences and the School of the Environment, is a leading international expert on environmental chemical contaminants, internationally recognized for ground-breaking work uncovering sources and pathways for exposure to persistent organic pollutants. Her research has helped to confirm serious threats to ecosystems and human health. Her work plays a significant role in engaging the public and informing policy development to address the control and elimination of toxic and persistent chemical pollutants.

"I'm delighted and honoured to be joining the Royal Society of Canada as a Fellow. This important recognition is shared with my many students and collaborators, all of whom have worked for environmental protection through science and action." Joel Kamnitzer is a professor in the Department of Mathematics. He explores geometric objects related to Lie groups, inspired by ideas from theoretical physics. Using these geometric objects, Kamnitzer uncovered deeper structures in the representation theory of Lie groups: especially canonical bases and categorification. His knot homology construction inspired mathematicians and physicists, leading to great advances in understanding the link between these fields.

“I am honoured to be chosen for the Royal Society of Canada,” he says. “As mathematicians, we work a bit in isolation, so it is always nice when our work is recognized by the broader academic community.” 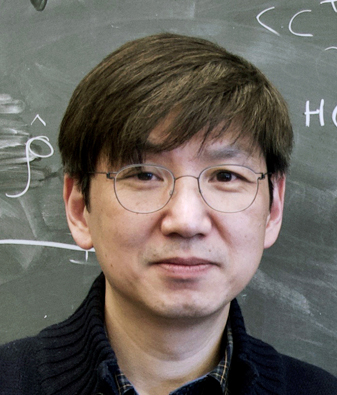 Yong Baek Kim is a professor in the Department of Physics and a theoretical quantum condensed matter physicist. His research investigates emergent quantum phenomena and novel excitations in quantum materials. These include topological excitations which may hold a key for potential applications to future quantum technologies. He is recognized by a Guggenheim Fellowship (2022), Simons Fellowship (2022), Killam Fellowship (2018), Brockhouse Medal (2017), Fellow of American Physical Society (2012), Canada Research Chair (2002) and a Sloan Fellowship (1999).

“I feel very honoured by this recognition,” says Kim. “I am greatly encouraged that my work has been appreciated by prominent scientists whom I respect. Clearly, this achievement was not possible without the efforts of my close collaborators, especially my past and current students and postdoctoral fellows. I am very grateful to them for sharing their intellectual energy with me. Ue-Li Pen is professor in the Canadian Institute for Theoretical Astrophysics (CITA) and a theoretical astrophysicist whose work often extends beyond traditional boundaries. He has contributed to the rapidly growing field of 21-cm cosmology, culminating in Canada’s preeminent astronomical achievements of the last decade, the Canadian Hydrogen Intensity Mapping Experiment (CHIME) and CHIME-Fast Radio Burst (FRB) experiments. He has also contributed to new dedicated telescopes in China, South Africa and Brazil.

“In the modern era where much of astrophysics operates in giant collaborations,” says Pen, “my niche has been to explore short term innovative initiatives with large growth potential.

“I am honored to receive this award,” he says, “made possible by the nurturing environment at my University and the outstanding people I have worked with.” Ito Peng is a professor in the Department of Sociology and a world authority in global social policy specializing in East-West comparisons. Her groundbreaking research on gender, care and migration policies and the global care economy established her as an internationally acknowledged thought leader on issues of gender equality, care work, transnational care migration, and the multidimensional and interlocking dependencies between the Global North and South through the work of care and the migration of care workers.

“I am really excited, thrilled and, to be honest, a bit surprised to be elected to the RSC,” says Peng. “I am honoured and grateful for the recognition for my work on global social policy, care, care migration and the care economy — a sector that has been until recent years quite invisible even within social sciences.

“I am also grateful to many people – friends, colleagues, mentors and students – who have pushed me, and helped and supported me with my work and research. This fellowship has incentivized me to work even harder to make contributions to better care and social and gender equality in Canada and beyond.”