With a passion for STEM, U of T's 2020 Schulich Leaders fly high

Adele Crete-Laurence remembers the moment when she really started to feel like a leader. “In air cadets, I worked my way up to second-in-command of the whole squadron,” she explains. “As I stood in front of everyone on parade, I thought back to when I first started cadets and thought ‘that person in the front seems so old! And now, I’m that person’. It was just amazing.”

Stellar leadership skills not only propelled Crete-Laurence to the University of Toronto, but also to a prestigious, top-level entrance award: a Schulich Leader Scholarship.

That network is one of the things Crete-Laurence is most excited about, as she embarks on an engineering degree with plans to work on sustainability in aerospace. She loves meeting new people. “I’ve had a few experiences in a group with a lot of students that were very driven and had a lot of interests —  like me —  and it’s always a really energizing experience,” she says. “And I always leave it with just a lot of joy.”

Aaron D’Mello, who is studying computer science and hopes to launch a career in software development and artificial intelligence, agrees. “Meeting the Schulich Leaders from past years over calls online, that’s been great,” he says. An all-rounder in music, academics and athletics, D’Mello says collaborating with others is a big part of why he loves math so much.

“There’s definitely an answer to most questions, so there’s that instant feedback,” he says. “But even to get the answer, there are so many methods and perspectives you can take. Just collaborating with other people can give you more tools.” He smiles. “And when you finally get it…you have so much satisfaction out of finally cracking that problem!”

D’Mello led a team of more than 10 students to initiate a school-board-wide chess tournament in Ontario’s Durham Region — and wrote software to manage the player pairings. It’s a great example of technical innovation to solve problems combined with a deep love of the STEM field. Both aspects are vital to Seymour Schulich.

An entrepreneur and a business leader, Seymour Schulich is one of Canada’s most generous philanthropists. He counts making a difference in the lives of young people among his proudest achievements. He has given $200 million to support the Schulich Leader Scholarship endowment and help launch the next generation of technology innovators.

Crete-Laurence hopes to be one of them. “Recently, I earned my pilot and glider licenses and became very passionate about aviation,” she says. “I know a lot of people say that we shouldn’t fly because it creates emissions, but aviation is a really key industry for travel, for trade, so it’s not effective if we just ignore it. I’m really interested in how we can make it greener and improve the technology through different forms of energy. As I’ve learned more about energy in physics class, I’ve become even more passionate about how technology and going green intersect.”

Proud partners in helping the next generation thrive as leaders

“Seymour Schulich embodies truly visionary leadership,” says U of T President Meric Gertler. “He sets a wonderful example for these ambitious students, as a successful entrepreneur and a leading light in Canadian philanthropy. “On behalf of the University of Toronto, I would like to thank him for enabling these exceptional students to join our academic community. We’re delighted to welcome them to U of T.”

“These inspiring students have the talent and commitment to lead our world to a positive future,” adds Sandy Welsh, the University’s Vice-Provost, Students. “Supporting them in exploring their passions and relieving financial stress allows them to focus on academic achievement and to take advantage of the University’s rich extra-curricular learning environment. We’re tremendously grateful to Mr. Schulich for his vision for educating the best and brightest of Canada’s diverse young generation, and thrilled to do our part in helping them thrive as leaders.”

The students are grateful too. “It was incredible to hear I got the Schulich Leader Scholarship,” says D’Mello. “The financial aspect is a really big deal because now I can focus on getting the most out of my education. But also, it’s just a huge honour. I’m really proud of it and I hope that through my education and through my career, I can make Mr. Schulich proud too.”

“I want to express my true gratitude to Mr. Schulich,” says Crete-Laurence. “He has really made an impact on me. Being called a leader has renewed my sense of confidence as I go into what I know will be a challenging degree, and I’m going to seize every opportunity that arises for me.”

U of T’s 2020 Schulich Leaders have amazing accomplishments under their belts, from building schools to building apps to building businesses. And they’re ready to shake up our future in fields from mathematics and computer security to artificial intelligence and clean energy. 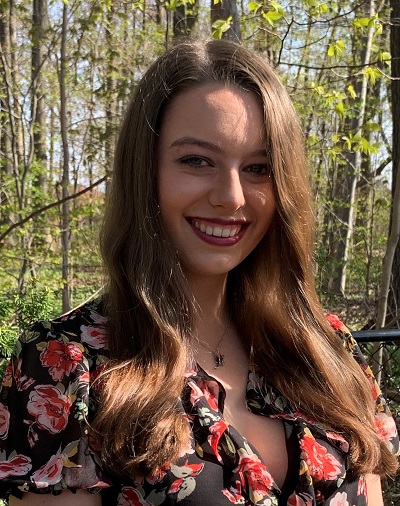 Mallory Bond’s dual passions for math and music are just the beginning of her wide-ranging interests, which include competitive choir, ballet, tap dancing, lifeguarding and swim coaching. She’s launched a music program for at-risk youth and helped build a school in Kenya, and she hopes to continue making a positive impact with the Schulich Leader network. 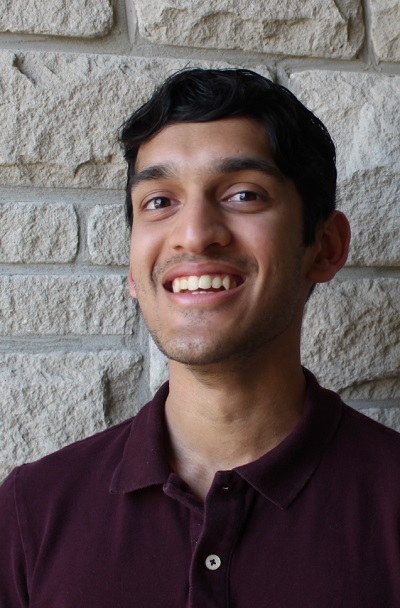 Aaron D’Mello doesn’t just love math. As a tutor who’s been volunteering for four years, he helps others appreciate it too. He’s placed on the honour roll at four University of Waterloo math competitions; inaugurated and managed school-board-wide chess tournaments in Durham Region, Ontario; and is a track athlete, a top-level pianist, an air cadet and a Reach for the Top alumnus. 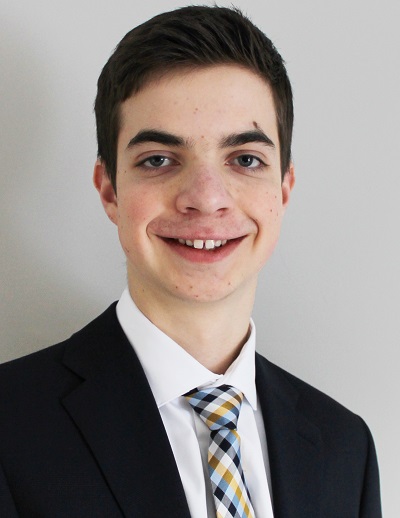 Daniel Hocevar skips his own curling team, playing at the provincial level, and has already founded a tech startup, Curling Analytics — a first step to creating accessible sports analytics apps. In high school, he enjoyed the robotics club and at U of T, he’s looking forward to diving into artificial intelligence, computer vision and other innovative technologies.

Jessie Ritter hopes to take her entrepreneurial ambitions to the next level at U of T Mississauga. At her home in Bancroft, Ontario, she has already created a golf ball business, managed an egg-selling operation, sold her organic produce to supermarkets, looked after 14 beehives and co-led an initiative to feed hungry families. 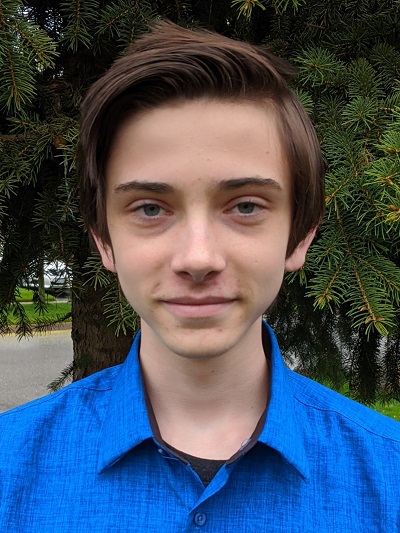 With music, travel, gaming, coding, volunteering, audiovisual club, a black belt in karate and even a popsicle stick bridge-building championship on his resume, Matthew Toohey brings a well-rounded energy to U of T. He had already built himself a desktop computer by Grade 9, and he’s looking forward to learning about fields such as computer security and privacy at the University. 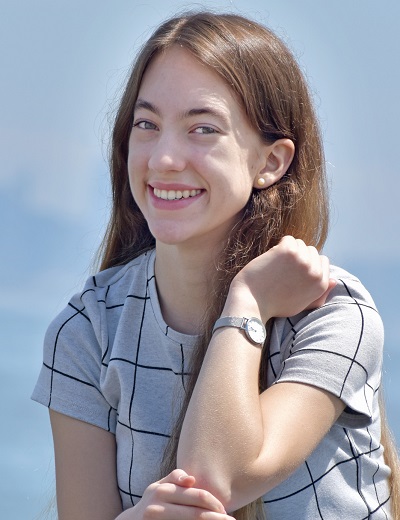 Adele Crete-Laurence earned pilot and glider licenses as an air cadet, where she rose to second-in-command of her squadron and won the Royal Canadian Legion Cadet Medal of Excellence. And she still found time to debate with the Model United Nations, study piano, and sing in a choir. She hopes to make contributions to aerospace engineering and enjoy full involvement with the U of T Engineering community. 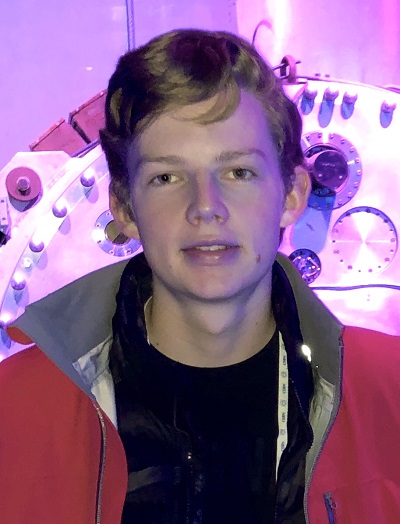 Zack Fine didn’t just build his own 3D printer at his high school, he used it to design, build and sell fidget spinners, and founded a 3D printing club for good measure. He was also involved in math and coding clubs, student government and Reach for the Top. He looks forward to getting just as involved in U of T Engineering’s vibrant club and research community. 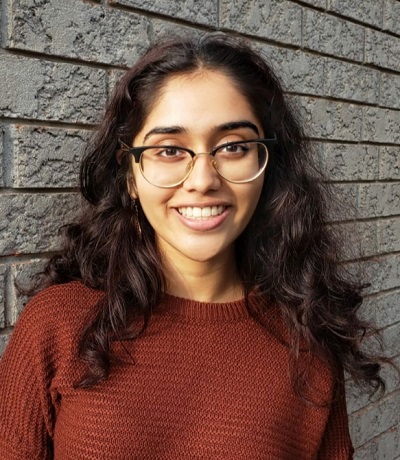 From nanomedicine to robotics to sustainability, Aditi Misra has already delved into the gamut of engineering initiatives, and looks forward to more collaborations at U of T. Her achievements include a National Academy of Engineering award for her essay proposing a flywheel energy storage system for Mississauga, Ontario, as well as a nanomedicine research proposal. 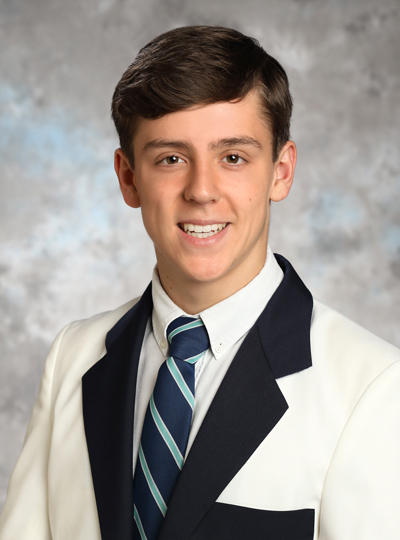 A goalie for AAA hockey since 2017, Christopher Adolphe also found time to co-found a Duke of Edinburgh Club, focused on global citizenship, at his Toronto high school. He has a passion for emerging technological fields (such as AI, biotech and virtual reality) and has already participated in a project designing tech-driven solutions to mitigate the impact of natural disasters. 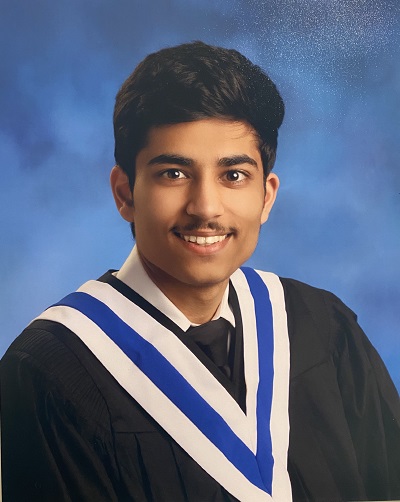 Joining a drone-building club in high school gave Azeem Mohammad a passion for engineering, while years of volunteering fed his interest in helping humanity. He is looking forward to exploring a wide range of topics, meeting other students passionate about engineering, and building a career that allows him to have a positive impact on others.